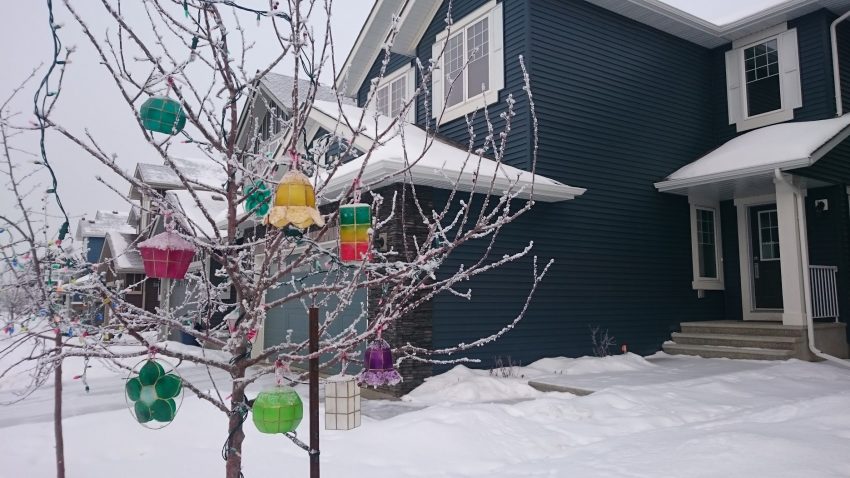 The Orchards At Ellerslie canvassing has been completed, although I’m sure by election day, there will be a lot of new residents in that neighbourhood as people continue to move into the new homes. 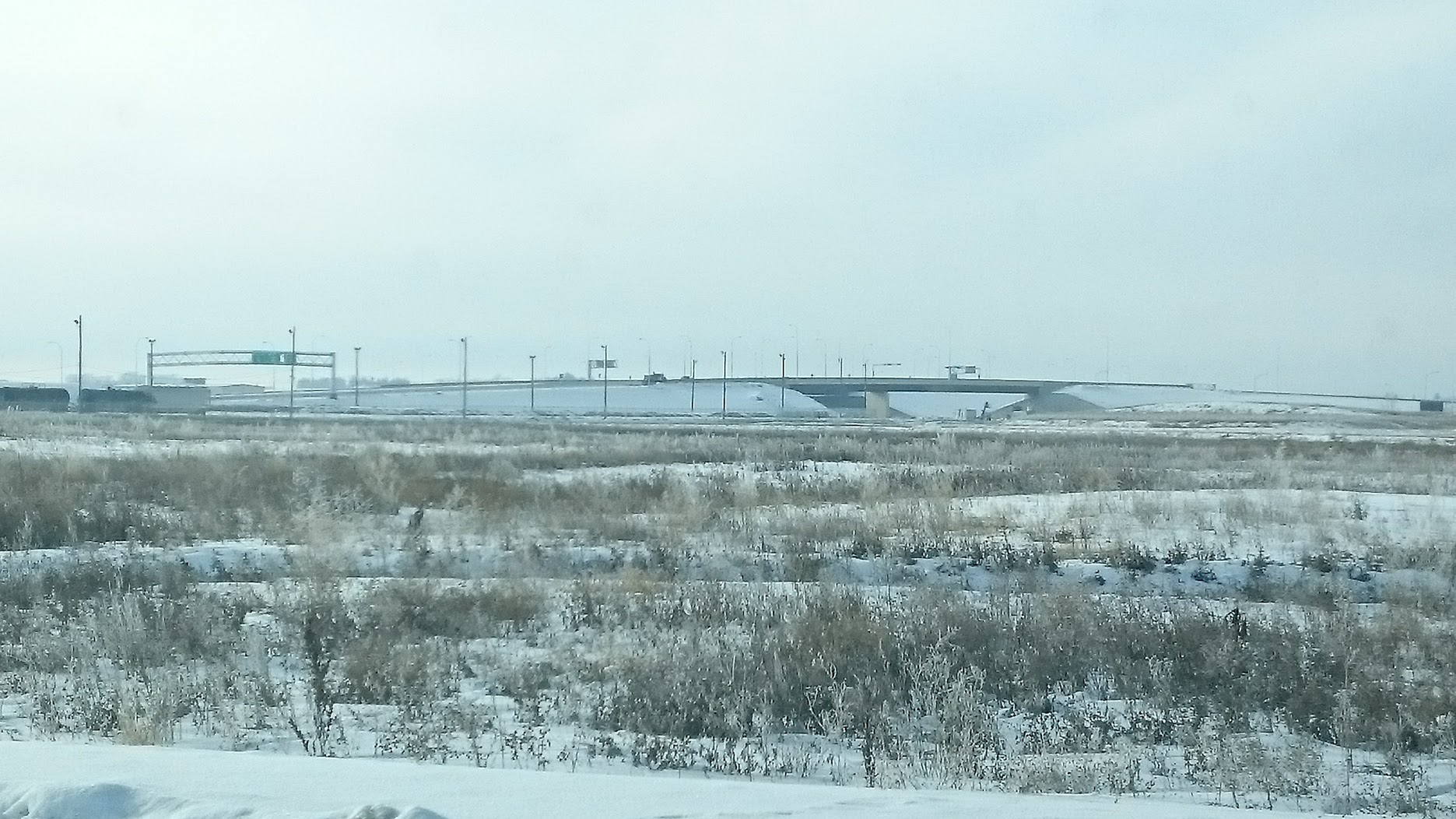 I decided to drive into the neighbourhood via the new 41 Ave SW interchange along the QE2 corridor. This was my first time using the exit and it’s a huge expanse as the 6 lane overpass goes over the 8 lane QE2 highway. The offramp to 41 Av SW is 2 lanes, becoming 3 lanes before the merge off east and west. Being the southern boundary of Edmonton, it’s clearly a partnership with Leduc County to serve the new developments planned in sharing this interchange as it is comparable to the busy Whitemud Crossing.

Coming in from the over-built 41 Av SW, a driver turning into The Orchards At Ellerslie will find that this only development servicing it cuts from the 6 lane overpass to a 2 lane road, with an unnecessary centre turning lane like Parsons Road. While I applaud city development finally starting to future-proof infrastructure with the neighbourhoods and commercial development popping up here, I found it troubling that communities South of Henday will continue to not have proper access unless they come in via the highly congested QE2 corridor. In fact, it’s unacceptable to build so much infrastructure to service empty space while there is only single lane access to Ellerslie on Parsons Road and 66 Street.

During my canvassing to complete The Orchards At Ellerslie, I came across a friendly pet pig the size of a dog. This immediately made me think of the sheep which were evicted last year due to zoning bylaw changes over 20 years ago. With proper health and safety regulations and bylaw, I welcome pets of all species into the city, including livestock for domestic urban farming like sheep and chicken. I also would like to see pet playgrounds in the future and use recycled materials from playground being replaced like the Bisset School playground. I came across a couple pet playgrounds in lower Manhattan and they were wonderful contained off-leash spaces. 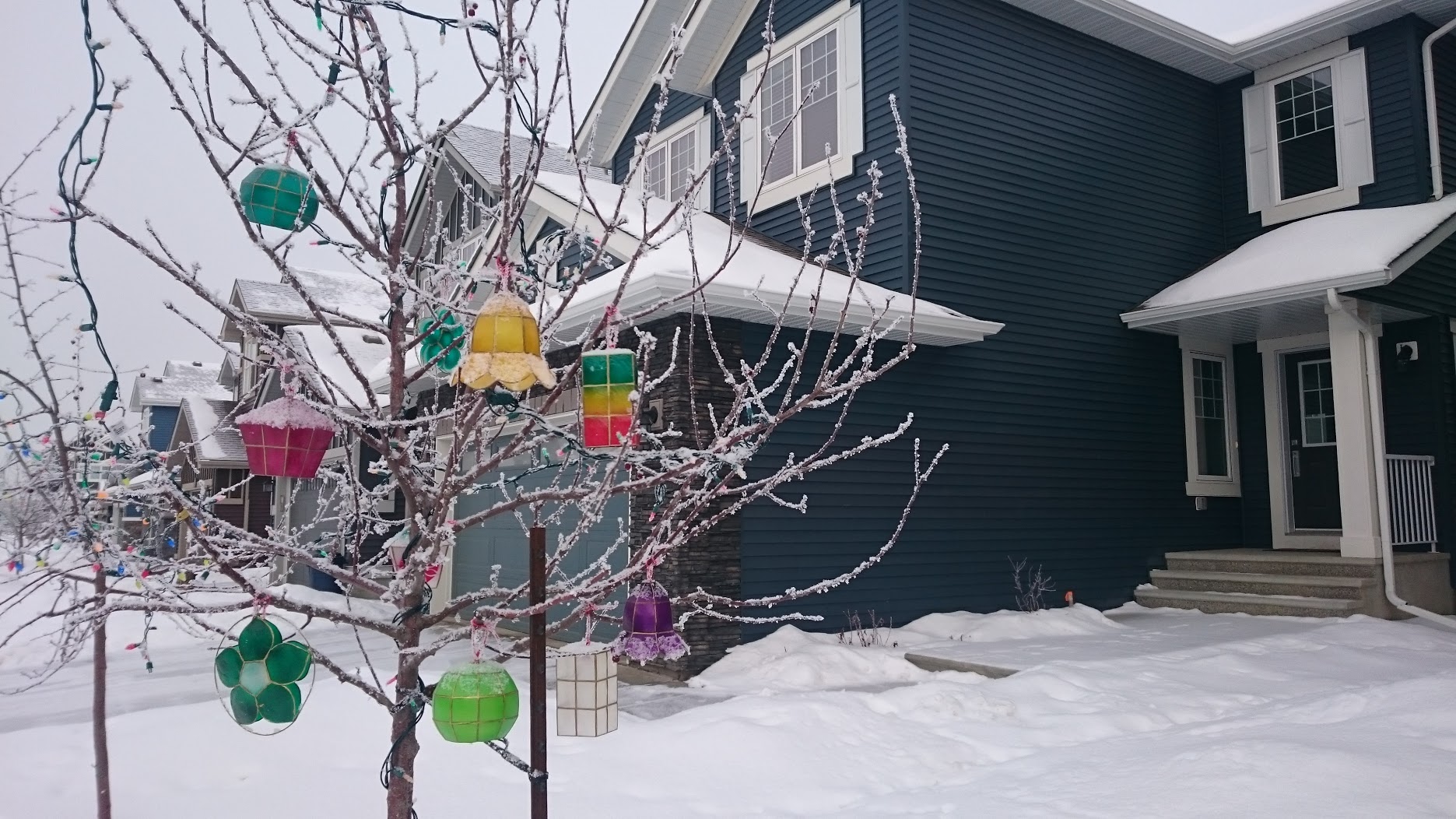 Jackson Heights was where I spent a few days last week knocking on doors and talking to residents. Unlike people I talked to in The Orchards, many residents think their neighbourhood is being over-plowed for snow removal. Having been in both neighbourhoods recently, they level of clearing was the same from my perspective. The major difference is that Mill Woods was established pre-Mandel days before residential snow removal became a regular city service, and The Orchards At Ellerslie was built post-Mandel. Iveson lowered the removal height to 3cm, which at times means scraping against the asphalt. Those who have lived in the city before Mandel’s snow removal mandate (5cm) after every snowfall lived without snow removal on their streets for years and were able to get by without it. Those moving into the new neighbourhoods (with more new and higher clearance vehicles) expect pristine snow removal, even though it was at the same standard as the roads in Jackson Heights.

Perspective matters a lot here more than ever. As a resident of Ridgewood, having lived pre-Mandel days, I also agree with Jackson Heights residents that snow removal in the city has been overkill the last few years. I believe that the lower clearance since Iveson’s time in office has actually been detrimental not only to the snow removal budget, but also to road safety. With or without winter tires, drivers will agree that it is much better for traction driving on a layer of snow than without snow. Before I had winter tires, I would at times drive on snow (or snowbanks) at intersections prior during Bill Smith’s time as mayor. Snow banks would be on the side of roads (sometimes in the centre lane) for much of the winter.

Now that the roads are completely cleared of snow to 3cm with complete removal of snow banks, that makes roads more dangerous in the winter especially during times of thawing and freezing. The lack of traction from snow means driving on ice more often than before. You can see how much difference having snow left on the road makes by doing this experiment. Next time you know there will be freezing rain, cover your windshield with snow. When the freezing rain is finished, you can actually use your wipers to easily clear it off your windshield. Then, look at the rear window and you will notice a layer of ice and how difficult it is to remove.

Increasing the height for snow removal actually makes it safer on the roads at intersections. Keeping some snow banks also helps in slowing down drivers who need the extra traction to stop when roads are icy. In places where the sidewalk is well off the road, snowbanks do not need to be removed and would lower the snow removal budget, which includes spring cleaning.

It’s interesting also that a resident spent a good 20 minutes talking to me about several issues, but none stand out from the conversation more than an incident which still troubles her to this day. A recent couple years ago, she was walking to her car from a function at Shaw Conference Centre when she noticed an inebriated aboriginal man in a doorway giving her glances. She didn’t think much and kept walking to her car. The man leaned forward as she passed by him. Out of the middle of nowhere, several police officers came out of vans across the street and took it as a sign that she was threatened. The man was forced to the ground, taken in handcuffs and escorted. The woman I talked to was shocked that this had happened to the man who did not bother her nor threaten her in any way. She was also surprised that the police had been observing this man for a period of time looking for a moment to incarcerate him. She believes this was more of an issue to do with the man’s race than him being drunk in public.

Jackson Heights was named after Annie May Jackson, Canada’s first female police officer. Her importance in women’s rights also put her in the pages of history as she appeared on the London Mirror’s front page on August 8, 1913. Her human rights activism does not stop there, as she devoted part of her life to fighting human trafficking into Canada. Knowing the work she did for the community, I’d be sure that Jackson would not have approved of what happened to the sting on the aboriginal man that day. Also called ‘carding’ in some places, it is a real concern, injustice, and a shot to human dignity that those who enforce the law would focus on certain individuals (not from this story but as a bigger picture) based on racial profiling. I would ensure that discrimination-based policing would be eliminated from the Edmonton Police Service, as well as additional social programs in place to prevent demographics which have statistical-significance in minor crimes from being put in a position to offend. This may take several generations, but it is important to ensure that all peoples are treated equally both on paper and in practice.